Tibet – The Canopy of the World

Tibet is by definition a profoundly religious realm and former siege of the Dalai Lamas. But beyond that, you are not wrong sustaining it is, in reality, an inestimable collection of treasures, from the wonderstruck Everest, breathtaking alpine panoramas, holy Buddhist temples, great festivities to incredible frescos.

Nestled in the shadow of the Great Himalaya the exquisite high plateau of Tibet is a piece of paradise for trekkers. And trekking is for sure the best way to explore and experience Tibet, to admire superb and unique scenery and get a glimpse of the Tibetan culture. Tibet can easily respond to the highest exigencies, be it escalating the highest mountains in the world, trekking inside national parks, biking around glaciated holy lakes, riding horses on vast meadows or visiting sacred places.

If you are a mountain and trekking lover Tibetan Himalayas have reserved for you a royal visual ecstasy and the real possibility of contemplating the resplendent Everest in its grandiose majesty. Add to this an alluring gathering of over 1500 astonishing alpine lakes spread over Qinghai-Tibet Plateau, sparking in dozens of turquoise and emerald nuances. And you have the definition of paradise on earth.

Moreover, a spiritual paradise on earth that looks and feels like heaven. You will encounter at each step a Buddhist temple or monastery. Also, here is to be found the sacred Mt. Kailash considered the holiest mountain and center of our telluric world by Hindus, Tibetan Buddhists, Jainists and Bonists. As well, the Potala Palace, landmark of Tibet, UNESCO World Heritage site and former residence of the supreme Dalai Lama. Potala Palace is the greatest religious complex of Tibet, a unique combination of Buddhist monastery, castle and palace, that hosts a superb collection of Buddhist frescos, Thangka and funerary monuments of former Dalai Lamas.

Once here in Tibet, craft your way to admire the imposing Yarlung Tsangpo Grand Canyon the sharpest abyss of the continent and take a ride with Qinghai-Tibet Railway, the highest railway on the globe.

Being a mountainous region, Tibet is offering an array of options for trekking, accessible to all categories from amateurs to pros.

Mount Kailash Trek is a very popular and also challenging trek, as it is used by pilgrims to reach the kora around the holy mountain Kailash. This is a trek that combines greatly the quintessence of a trip in Tibet the culture, the spirituality and the physical effort.

Everest Kangshung Face and North Base Camp. This trekking route invites you to explore the eastern side of Everest and to greet the famous North base camp of Mt. Everest. One of the most spectacular trekking routes, yet relatively anonymous and less visited. It checks two high passes Langma La at 5,200m altitude and Shao La at 4,915m and drive you via pristine valleys and lakes till Kharta and Kama Valley, that shelters the highest forests on earth. And this valley has another special particularly, it is surrounded by three of the staggering peaks on the planet Everest – 8,848m altitude, Makalu – 8,463m and Lhotse Shar – 8,382m. While walking through this route you will encounter alpine meadows and forests, glaciated valleys, ancient Buddhist monasteries, traditional villages, nomadic populations, yak pastures, azure dazzling lakes and amazing panoramas.

Everest Advanced Base Camp and North Col. This is an adventure reserved to advanced trekkers and alpinists, as it offers the possibility to escalate Everest till 7,000m altitude. The climb to North Col provides an overview of performance at extreme altitude for those who have the ambition to reach the summit of Everest later on.

Tingri to Everest Base Camp Trek. This route is a complex mixture of physical effort, admirable landscape and views. The way meanders through ancient nomadic territories, alpine valleys and forests, glaciated passes, nomadic settlements and surreally sculpted glaciers. As you head towards the Everest base Camp at 5,200m altitude, you will be able to observe the splendor of South Tibet in its full glory, enjoying stunning vistas around Gyantse, Lhasa and Shigatse. And, of course the trek is becoming more challenging and adventurous while approaching the Everest Base Camp.

Trekking on the routes of Tibet offers different experiences and different flavors. Passing from arid lunar landscape in some parts, to dense verdant forests and pristine rivers in others, and studying ancestral villages with their remarkable monasteries, is part of the unmistakable charm of the “roof of the world”. 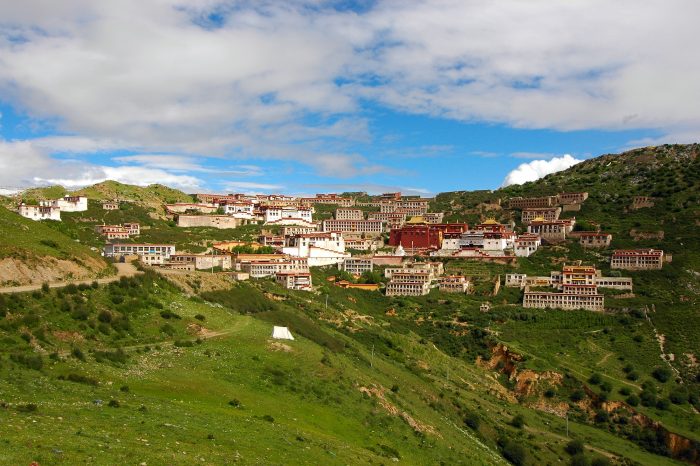 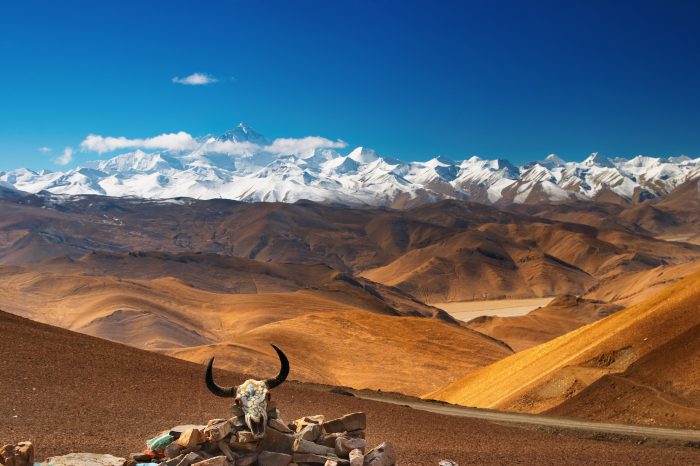 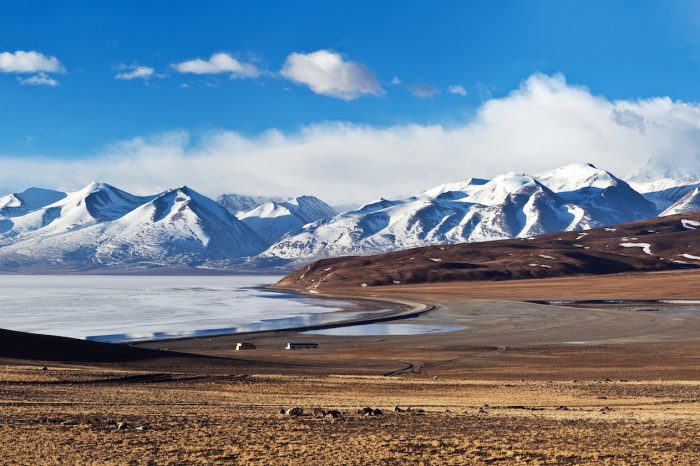